Update your browser for the best viewing experience

Without the most up-to-date version of your browser, you can still use our website, but you may have problems using Kettle & Fire's newer features. We recommend that you upgrade your browser. 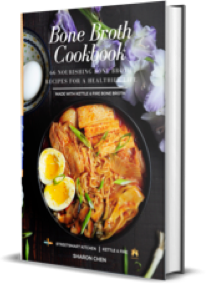 Get Your Free Bone Broth Cookbook

What Is Bone Broth?

Where To Buy Bone Broth

Why our bone broth

You don't have to have a degree from culinary school to know how essential broths and stocks are to creating delicious cuisine.

But is there a difference between the broth and stock?

Is it better to use stock vs. broth in certain situations and recipes?

Is there much difference between homemade and store-bought broth or stock?

We'll do our best to untangle these terms and give you some insight into related topics such as vegetable broth, bouillon substitutes, explain the benefits of each, and offer tips on how to make your own.

Stock is most similar to the bone broth you have come to know. You make stock by simmering bones in water with seasoning and vegetables. Unlike broth, little to no meat is left on the bones (marrow bones are the most commonly used, which contain no meat). Also, for added flavor, bones are oven-roasted before being simmered in water.

It also takes longer to make stock. A good stock will simmer for 4–6 hours. If you're lucky, you'll get the same gelatinous texture you expect from bone broth.

He's careful to mention that restaurants typically work with unseasoned stock, whereas home cooks often end up with a hybrid since it can be challenging to remove all meat from the bones.

What is Plain Broth?

Broth is made from meaty bones simmered in water with vegetables and seasoning. It creates a base for soups and stews, and usually stays in liquid form when cooled – it doesn't gel.

First, broth typically has meat scraps mixed in with the bones. There is actual meat left on the bones (like an entire chicken carcass) to add flavor to your recipe.

Secondly, broth is simmered for a short time compared to stock. It only takes two hours to simmer a tasty broth. Once the time is up, the meat and vegetables are strained out, leaving the flavorful liquid. 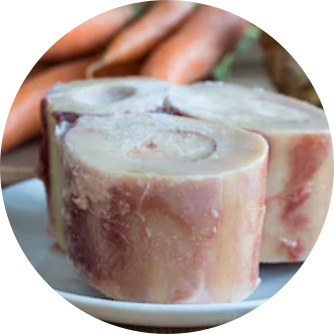 Broth from the grocery store is not bone broth.

As you may know, homemade bone broth contains amino acids and other incredible nutrients that help to support gut health and the immune system.

That is not what you will find labeled as "broth" on store shelves.

Bone broth is simmered over a long period of time, helping to draw out the nutrients. The goal is to extract the gelatin from the bones. Gelatin is what gives the bone broth its Jell-O like texture when cooled. You know you succeeded when your cooled bone broth transforms into jiggly Jell-O in the fridge.

Get Your Free Bone Broth Cookbook 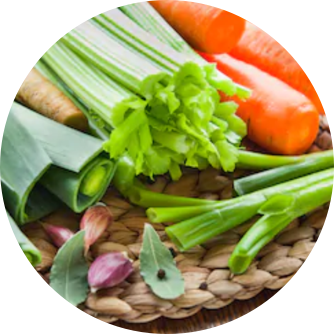 Digging a little deeper, the folks at Fine Cooking set about differentiating between vegetable stock and broth. Can there be a difference if bones aren't involved? They ultimately conclude that in the case of vegetables, there's not a difference in content between stock and broth. However, when using the terms in cooking, the difference is in function and seasoning, whether or not bones are included.

In Harold McGee's book, "On Food and Cooking," he defines stock as a base for more complicated recipes, such as sauces or more complex soups. It's often fundamental and unsalted for versatility. Broth refers to a liquid in which something has been boiled and tends to be salted, possibly flavored with herbs and spices. Broths are often the base for a soup such as chicken soup or vegetable soup.

Now that you are clear on the differences between stock, broth, and vegetable broth, let's take a look at the ingredients in every stock and broth.

Ingredients in all Broths, Stocks

Bone broth, stock, and broth all contain very similar ingredients (which explains all the confusion). If you looked at recipes for each and only focused on the ingredients, it would be challenging to note any differences.

Bone broth, broth, and stock all contain these ingredients:

The differences between stock and broth do not come from the ingredients themselves, but how they are prepared.

But what about vegetable broth? 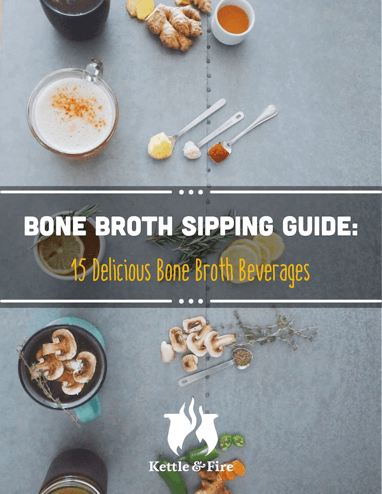 What to look for in Store-bought Broths & Stock

You may have noticed the sheer volume of options at the grocery store for stock and broth.

For most store-bought brands, the most significant difference between broth and stock is ingredients and sodium content. Stock is more likely to have fewer ingredients and less salt.

There are bone broth options at many grocery stores, as well. High-quality bone broths are going to be pricier because they utilize the proper slow-cooking method. The longer you cook a liquid, the more it evaporates, which means your liquid is denser with nutrients, flavor, and collagen.

But you might not need this level of complexity for every recipe you make at home. In some cases, a simple broth will work just fine. Just don't count on a boxed stock having the same health benefits as bone broth.

When deciding which cooking liquid to choose, know how you plan to use it.
Here are a few simple guidelines:

Bouillon cubes and powders are made from highly processed leftovers of dehydrated chicken, beef, or vegetable broth. They usually include MSG, sugar, corn starch, vegetable powders and food coloring.

If you're not the type to eat highly processed foods and the additives mentioned above, choose one of these options instead of chicken cube bouillon:

Here's a list of beef bouillon substitutes you can try in your next recipe:

There you have it, a detailed comparison of the many broth and stock options for your next recipe.